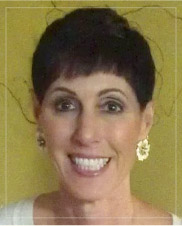 Michele began her career as a Deputy Public Defender, supervising a DUI court and working in the Major Crimes Unit. As an Attorney for the County in the Sacramento and Los Angeles areas, she represented adults and juveniles charged with misdemeanor and felony offenses such as theft, domestic violence, assault, drugs, DUI, vehicular manslaughter and hit and run.

Michele’s tenure as a Public Defender provided the strong foundation that is essential to her practice as a Criminal Defense Attorney, not only in terms of developing the requisite breadth and depth of professional expertise, but also in cementing lasting relationships with judges and prosecutors—benefits that are now passed on directly to her clients.

In 1997, Michele opened a private practice specializing in Criminal Defense, with an emphasis on DUIs and DMV proceedings. Over the years, she also contracted with outside law firms working in these areas. Michele’s practice continues to focus on adults and juveniles charged with Criminal or DUI offenses, her caseload encompassing a robust spectrum of charges and administrative proceedings.

Individualized attention and responsiveness are hallmarks of Michele’s relationships with her clients; regardless of the circumstances surrounding your legal matter and in whatever stage of the judicial process you find yourself, Michele brings her range of experience to bear in your unique situation.Michele will personally handle all aspects of your case, providing you with the peace of mind that comes with ease of access and open communication.

Michele represents and personally handles the cases of those charged with Criminal and DUI offenses, including misdemeanors, felonies and DMV proceedings. She has worked concurrently with the DUI firms of Lawrence Taylor, Inc., and The Law Offices of Todd Landgren.

Michele represented clients in all aspects of felony, misdemeanor and juvenile delinquency cases throughout courts in Southern California.

I would recommend Michelle to anyone who needs an experienced criminal defense attorney. - Los Angeles Criminal Attorney

If you need a well rounded defense lawyer with experience I recommend going with Michelle. - Los Angeles DUI Attorney

Best defense lawyer in Pasadena! Michelle experience and her knowledge will help anyone in a criminal defense matter. - Orange County Criminal Attorney